What Are You Worth? How to Set Rates as a Freelancer

Considering Collaboration: A Competition Where Everybody Wins

How to Build a Professional Network on LinkedIn?

How to Use Social Media to Gain PR Coverage

Are You Coworking Yet? – Get with the Programme

Graham Fink is a multimedia artist, renowned photographer, and one of the top marketing minds in the world. In his time in London, he acted as the Executive Creative Director of M&C Saatchi in London, and worked for a number of top UK agencies, including Collett, Dickenson, Pearce (CDP), where he first started his career. Since 2013, he has acted as the Chief Creative Officer at the advertising agency Ogilvy & Mather China, where he oversees 20 offices in the region.

Throughout his illustrious career, he has executed many successful campaigns, including the famous Saatchi & Saatchi British Airways ‘Face’ commercial, displaying a cast of over 1,500 transforming into a human face from a bird’s eye view. In China, he led the “Coke Hands” campaign showing outstretched hands sharing a soda, which Ogilvy says is the most awarded campaign in Coca-Cola’s history. At the end of last year, he lead Ogilvy China to sweep the board at Campaign’s Greater China Awards, winning the award for Greater China Creative Agency of the Year.

As a side project, Graham has recently drawn a great deal of attention to the development of an eye-tracking software, in conjunction with Tobii Technology, that allows him to draw through just the use of his eyes. He took the time to discuss with Trendeavor how he landed his first job (in disguise), what led to his success, and the lessons he’s learned along the way.

Back then it was almost impossible to break into advertising. The competition was very tough, only a few vacancies, and there were thousands of students all going for them. I knew I had a pretty good portfolio of work, but it still wasn’t enough. CDP was probably the best agency in London, if not the world at that time, and the work they made was fantastic.

I remember going with my copywriter to see one of the Creative Directors there and although he liked our work, he said the agency had a policy of not hiring students. He then muttered something about the fact they were looking for a very senior team. So after we left, I had this idea that we should try to get that job.

That night I tried to dye my hair white with a bottle of peroxide from the chemist, but it didn’t work. So the next day I put talcum powder in my hair instead. That worked brilliantly. We made up our faces with wrinkles and bags under our eyes, and a burnt cork created a bit of stubble. Bought two walking sticks from a charity shop and wore long overcoats. We then walked back into CDP and asked the receptionist to call the Creative Director and tell him that two old men had turned up for the job. Well, everyone thought it was hilarious and our portfolio was handed around for everyone to see. At the end of it they offered us a job. And from that point I’ve always believed that nothing is impossible.

What is your personal favourite campaign (project) you’ve ever worked on and why?

You mentioned the British Airways ‘Face’ commercial in your intro, and that has to be one of my favourites. I was working at Saatchi & Saatchi at the time, and it was an open brief, so most of the creative department was trying to crack it. After a few weeks we came up with this idea of forming a giant face out of thousands of people. A bit like when they create those shapes at the Olympic games. The idea behind is was that British Airways bring more people together than any other airline. We hired the Oscar winning film director Hugh Hudson and also the choreographer from a recent Olympic games. It was a huge logistical nightmare trying to make it work, but we did it. We had 600 people dressed in red making up the lips, 400 people in blue creating an eye. The final shot of the face, that then winks, and turns into the world, is all done for real with over 1500 people.
You have to remember that this was made in 1986 and we didn’t have all the special effects that exist today. It was quite something at the time.

Take a look at the BA commercial from 1986 on YouTube

What made you move to China and what’s been your biggest challenge living there? How do you think this experience has changed you?

I got a call out of the blue about this job in China. It seemed very scary as I had a good job in London, and we were doing great work, but it seemed like a huge challenge and very exciting. I had visited Shanghai a few years before and it took my breath away. It was very glamorous and had real soul. So I accepted the job and jumped into the unknown. After 6 and a half years, I have no regrets. It’s been life changing and taught me so many new things. I love mashing up East and West philosophies and ideas and this has lead to doing some really interesting work.

One of these projects was for Soho China (a real estate company) where we made out that we had sent a monkey into space that was captured by aliens. The monkey returns to earth and is now super intelligent. He finally gets interviewed on daytime TV in the new Soho Galaxy building (designed by Zaha Hadid) and talks about progress. It was quite a daring thing to do here in China and it went crazy on Social media- in a very successful way. I don’t think anything like this could have been done in the UK.

Apart from the advertising, the lifestyle is very different here and every week crazy things happen that always make for great stories. Stuff that you couldn’t make up. I’ve had to relearn many things. Sadly, learning to speak Chinese is something that’s still beyond me.

How is it different working with Chinese creatives in comparison to British ones?

The biggest difference is talent. What you have to remember is that China is still a developing market in terms of advertising. The levels of sophistication and marketing skills lags behind the West. There are also big cultural differences that mean the way you review work is very different. ‘Face’ plays a very important role and therefore you need to be very careful how you criticise work, especially in a large group. But there is still the same passion amongst the best people and many are desperate do learn how to do world-class work.

What is the hardest part of your job (e.g. dealing with clients, etc.)?

It’s all hard, haha. The working hours are very long and some clients can be very demanding. Also there seems to be less time to do everything. In Shanghai we have over 650 people in the agency and in Beijing it’s over 1000. That’s a lot of people to co-ordinate and structure. There are quite a number of people from all over Asia working here, which means a lot of different cultural backgrounds. And China itself is huge and complex. A piece of creative work that works in one province, may not work in another. And there are 28 different provinces. Plus the big Tier 1 cities. It’s certainly not boring.

What trends have you been noticing lately emerging in the creative industry/advertising?

There’s a lot of talk about data and AI. Clients are relying on data more and more, and if used well it can lead to better and deeper insights. As someone who is always looking to find something new or different to say about a product or brand, I welcome this trend, but it will work best when humans and AI work together on it. AI can do a ton of stuff that humans take months to do, but sometimes the patterns they spot are hilariously wrong.

There is a famous example that shows that more shark attacks happen in the summer and more people eat ice cream in the summer. So, the machine’s deduction was that Sharks love Ice-Cream.

VR is also getting more interesting, and a number of new films and experiences are coming out that are really paving the way forward. It’s a very exciting time.

How would you sum up your top 3 lessons learnt on working in advertising in the digital age?

I’ve had the opportunity to personally see some of your photography that you printed on marble exhibited at the Photo Shanghai exhibition (the most prestigious photo fair in China). Please tell more about your personal work as an artist – what inspires you and what keeps you going? What projects are you currently working on?

I am a multimedia artist who loves expressing myself and my messages through the many different ways available to me. Sometimes it’s photography, sometimes painting or film, or through new technology. I have been recently working on a series of Monotypes. This has allowed me to do things not possible in other media. I have always been fascinated by the concept of Pareidolia. Seeing things that are not really there, but which your mind convinces you exist. The photographs you mention were a part of that exploration. These new Monotypes will take that further. 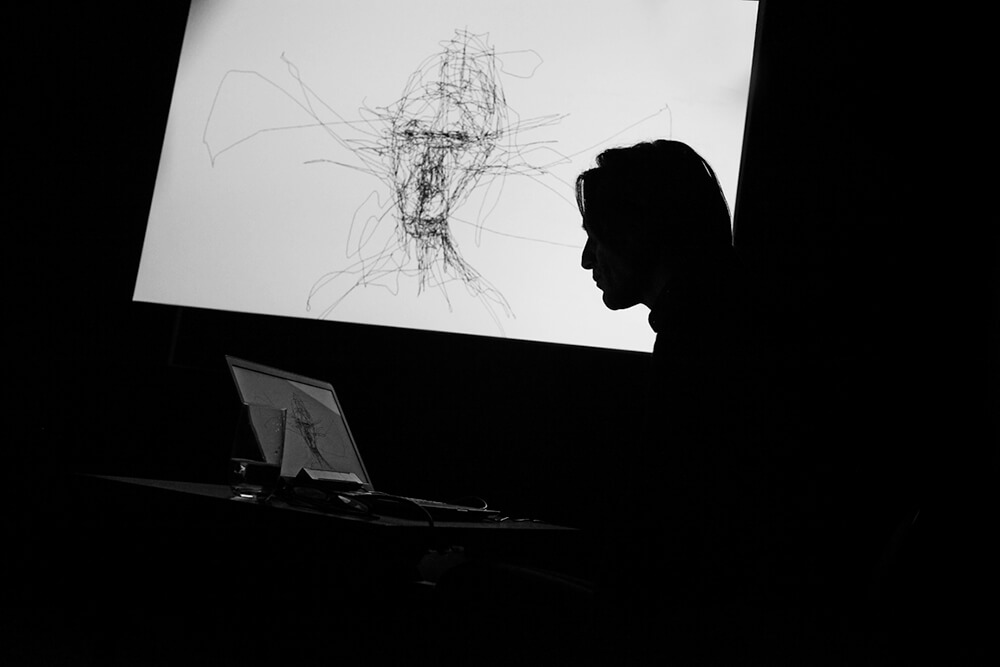 Your “Drawing with my Eyes” series has attracted a lot of attention – how did you come up with the idea and where would you like to develop it to?

Portraits are the most painted or drawn subject in art. Probably because we spend most of our time looking at our own and other people’s faces. I was thinking how to draw portraits in a new way. How to be able to look directly at another face and draw it without something getting lost. I.E. when that image runs through my body to my arm and gives signals to the pencil in my hand.

Was it possible to draw a face by looking directly at it. No middle man so to speak. 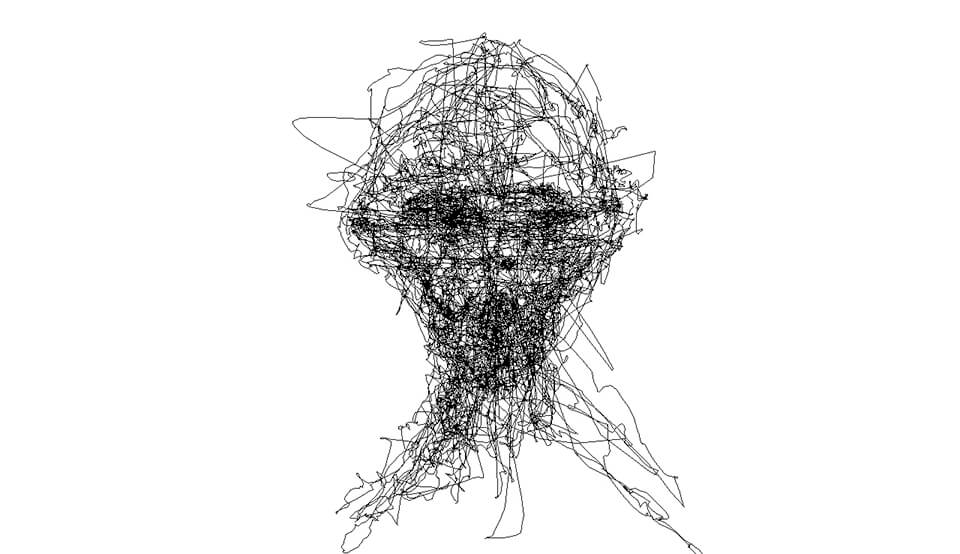 I have known about eye tracking for some time. They used it in advertising in the late 50’s to see what consumers where looking at. So I worked with Tobii Technology ( the world leaders in eye trackers) and designed a piece of software that allowed me to draw with my eyes. The results have been quite spectacular at times. But it takes a huge amount of concentration. I then print the more successful drawings onto marble.This is constantly being developed and I’d like to eventually take it into 3d printing.

What has been your biggest personal achievement that you’re most proud of?

That’s a tough one… but I’d say the fact I managed to stay in China for so long and make a difference. Not just with the work, but some of my teaching has helped a number of young creatives here, and that has been very rewarding.

What are your future plans?

To keep challenging myself and trying to do new and interesting things in advertising and art. Teaching is a huge passion of mine, and perhaps at some stage I will reopen my art school and pass on much of the crazy stuff I’ve learnt to others. 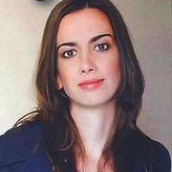 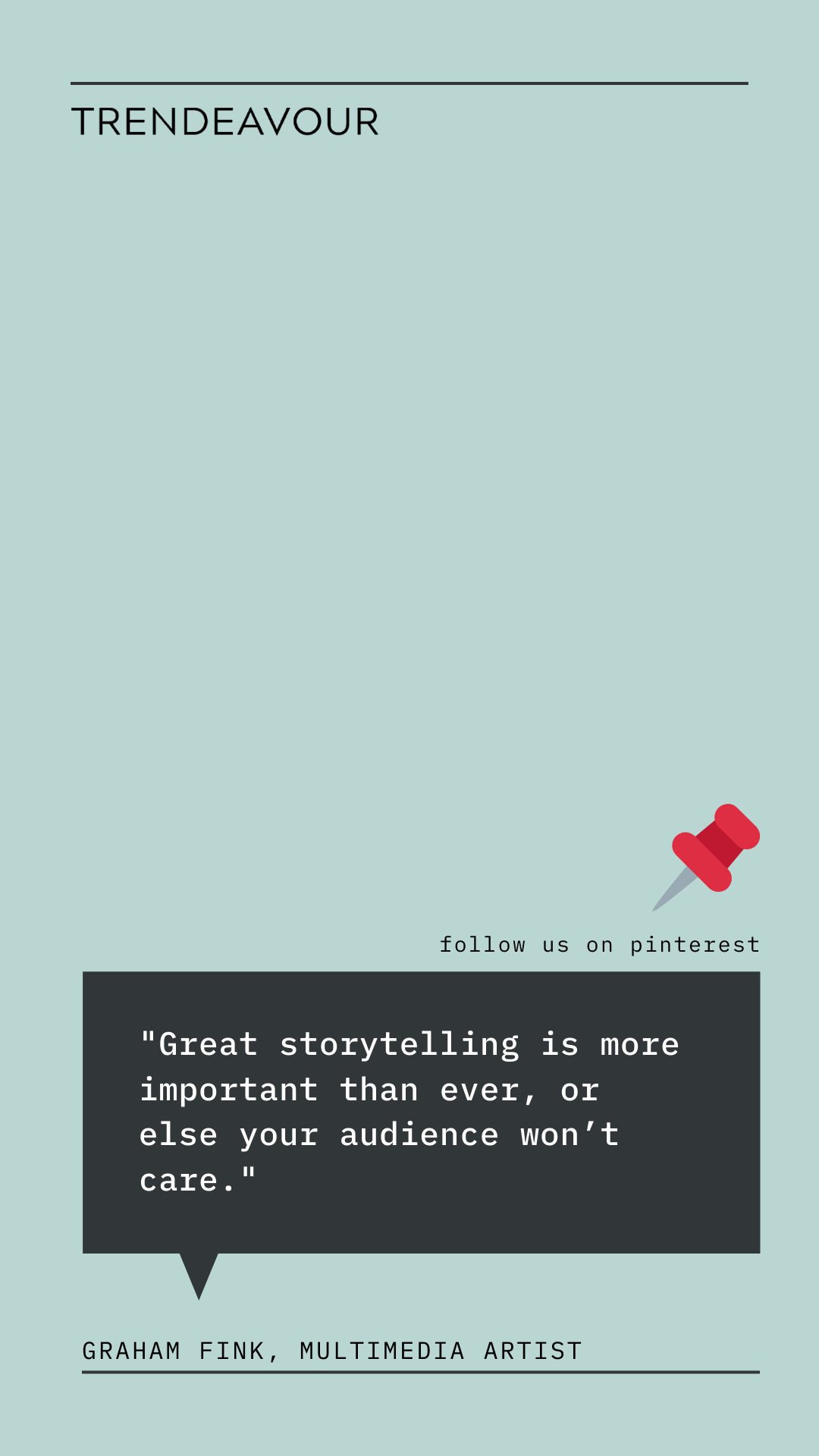 Marketing in China 101: The Digital Revolution